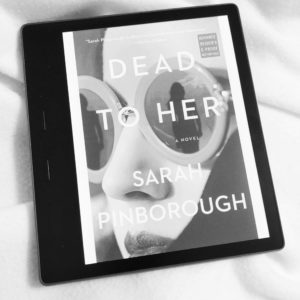 For fans of Liane Moriarty, Liv Constantine and Lisa Jewell, a twisty psychological thriller about a savvy second wife who will do almost anything to come out on top from the New York Times bestselling author of Behind Her Eyes.

Marriage can be murder…

SOMETHING OLD
Marcie’s affair with Jason Maddox catapulted her into the world of the elite.

Old money, old ties, old secrets. Marcie may have married into this world—

but she’ll never be part of it.

SOMETHING NEW
Then Jason’s boss brings back a new wife from his trip to London.

Young, attractive, reckless—nobody can take their eyes off Keisha.

SOMETHING YOU CAN NEVER, EVER UNDO…
Some people would kill for the life Marcie has—what will she do to keep it?

Marcie had an affair with Jason, but now she’s his new wife. She’s married into the high society life, and she wants to keep her place in it. When Jason’s boss, William, brings home a new, young wife, Marcie feels threatened. Jason starts acting sketchy, and Marcie thinks the worst.

A fun thriller that starts off with drama that leads to murder. Told with multiple points of view – Marcie and Keisha. Marcie was the young new wife in the social circle until Keisha came along. Marcie has become accustomed to the high-class lifestyle, but everything isn’t perfect between her and Jason. Keisha is William’s new wife, and it’s pretty clear she’s in it for the money. Marcie and Keisha are second wives and trophy wives, and both have secrets from their pasts.

This novel has unlikable characters, secrets, betrayals, voodoo, and a delicious ending. The characters are unlikable, but they’re enjoyable to read about. The southern setting of Savannah is fantastic. A great read for fans of domestic thrillers.

I received a free digital copy of this book from the publisher via NetGalley in exchange for an honest review.

9 thoughts on “Book Review: Dead to Her by Sarah Pinborough”