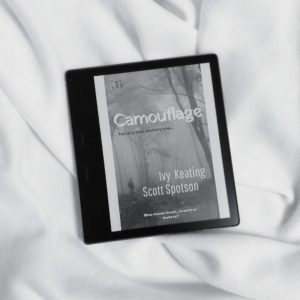 Disclosure: This post contains affiliate links. That means I may receive a very small commission, at no cost to you, if you click on an affiliate link and make a purchase.

When Sean Dermott, the newly appointed police chief, sees the report that a popular local high school coach is missing, his growing fascination with the alluring Vanessa Strauss, who reported the disappearance, makes him determined to solve the case.

The investigation leads him and his team deep into Quarry Head Park, a local scenic preserve with nature trails and expansive views. There is no sign of the missing man, but what he does find terrifies him to the core.

From the depths of the park, a deadly prehistoric looking creature emerges, attacks swiftly and silently, leaving devastation in its wake. In the chaos which follows, it is up to Chief Dermott and a team of scientists to fight for balance by ensuring the safety of his town and preserving this remarkable discovery.

He will risk his career, his reputation and even his own life to stand by what he believes to be right. The question is, will he succeed, or will all be lost?

MY REVIEW
A man is reported missing in a small New England town. While investigating the case, the police become aware of an unusual creature living in the nearby nature preserve. The police chief contacts a local scientist/researcher to identify the animal. As the case unfolds, the police and scientists try to find balance between preserving a prehistoric animal and protecting public safety.

The characters are realistic and likable. The police chief is a little on the young side, and feels he needs to prove himself in his new job. Besides working hard on the two cases – missing man and prehistoric animal – he finds himself attracted to the woman who reported the missing man. A romance develops.

I especially liked the researchers. They were the right amount of excited and academic about a new, or rather, old, species being discovered. The scientists want to help, and the story does a good job with them explaining things to the police as they learn new information.

The scientists want to discover where the creature came from and what happened to its environment that caused it to move near the town. If they can figure that out, maybe they can return the animal back to its natural habitat.The police and scientists are working hard, but there are opposing sides. There are those who want to protect the animal and those who want to destroy it.

A sci-fi mystery with adventure and romance. Entertaining, thrilling, and fast-paced.

I received a free digital copy of this book from Kimberly Costa at Caffeinated PR Services, in exchange for an honest review.